Season 21 of The Voice is history and our favorite contestant, Wendy Moten, did not win! While that is not the outcome we expected or had hoped for… Wendy is a star and Women Who Jam! continues to support her!

Let’s Take A Look at Wendy’s History … Wendy Moten is a pastor’s daughter who grew up in Memphis, Tennessee. She studied classical music at a performing arts high school and took gigs here and there before finding herself a spot singing with the party band MVP. She later signed a deal with EMI Records and her self-titled debut album was by far her most acclaimed release under the EMI contract.

She found international success with “Come In Out Of The Rain” in 1992. It landed on both the Billboard Hot 100 and in the Top 10 on the UK Singles Chart. Her second album Time for Change saw more success in Japan. David Foster served as one of the producers on the album. Her music releases led to an opportunity to tour with Michael Bolton across the U.S.

Wendy has worked and toured successfully with many major artists as a backup vocalist. The Voice was an opportunity to bring Wendy and her talent center stage … with more live shows being booked, coupled with an aggressive studio schedule… expect a new release to hit the airwaves very soon; we encourage you to join in and support this amazing artist! 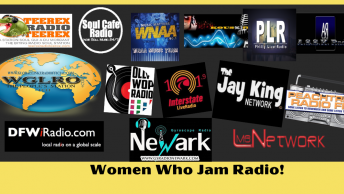